The Three Degrees of Wicca as Hero's Journey

Understanding the Meaning of the Degrees as More than Milestones

I have had the pleasure of talking with many, many Wiccans of all stripes, as well as with Neo-Pagans with various sorts of "wiccishness" to their practices and paths. It's true that not every Traditional Wiccan is going to agree with me on my interpretation of the three degrees as a system. Some degreed Wiccans have told me in all seriousness that that don't necessarily consider the degrees to even be foundational to the religion. Some of those folks are even third degrees in my own Tradition. So as with everything, a large grain of salt is the companion to this very opinionated piece on the Degrees, their meanings, and their use as a pathworking model of the hero's journey.

I will do my best to explain WHY my opinions are my opinions so that you can suss out for yourself whether you agree with me or not. The first thing I will quantify for you is that not every system that uses three degrees and the word "Wicca" has the three degrees to which I refer. That doesn't mean they aren't wonderful and useful and valid as paths, of course. It does mean that the framework that is the subject of this article won't be necessarily easily applied to such systems.

I had the privilege of talking with one woman who identified herself as a third in her Tradition and we visited most pleasantly over some good quality beer. She stated that she was given third degree in her Trad rather quickly because the elders of the Tradition told her that "she knew more than they did so she should be a third degree." I didn't want to be rude, but my understanding of the three degrees is that they are not solely measures of knowing general Wicca, but rather they denote one's POSSESSION of very Trad-specific bodies of writings that one cannot have unless one is GIVEN THEM because there's only one way to GET THEM. So that's the first thing to understand about my definition of the degrees, without which this article makes no sense whatsoever. Here is a brief summary of the stuff that should be understood about my set of "givens" regarding the three degrees in the sort of Traditional Wicca I'm discussing, in order so that the pathworking that I will describe later in this piece will make sense.

The Degrees are sets of liturgies that contain the basic earmarks of "complete" Traditional Wicca, meaning that the Degrees, regardless of Tradition, will have the specific basics or skeleton. In other words, the skeleton is dressed up differently in each Trad but it's a complete skeleton. If you get 100 third degrees from different legit Trads in a room and ask them to write down the basics of the first, second, and third degree elevation liturgies, they will produce very similar descriptions, and will have the same number of certain actions that are recognizably the same, down to specific phrases and actions without which there would be a hole in the liturgy. Each elevation activates a very specifically designed set of psycho-spiritual experiences, and also activates specific energies which then act on the life and practice of the postulant in specific ways. There is nothing happenstance about this stuff. Those who have the authority to perform initiations and elevations understand the very specific things they are activating in the lives of the people for whom they are performing these elevations, and they are not given lightly. "Proper person, properly prepared" isn't something we just say because we think it's cute.

While some respected writers have said that self-initiation is a concept that should be respected, THESE specific initiations are NOT done by oneself to oneself and CANNOT be done by oneself to oneself, by definition. This is not to say that a self-initiation isn't wonderful, meaningful, and important for an individual, but that sort of initiation is not being discussed here. OK, so why is that stuff important? It's important because the Degrees to which I refer align perfectly with the classical Hero's and/or Heroine's Journey, and can therefore be used as a specifically Wiccan version of these journeys, allowing the individual to use this framework for personal healing and empowerment. Now, of course, that's not the only way to take such a journey. But the very specifically Wiccan version of that journey has value for us because of its alignment with our understanding of the purpose of human life and the role of the Divine in the life of the seeker. 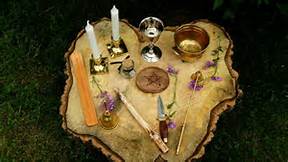 The first Degree in Traditional Wicca can vary a great deal. In some Traditions, it's the first elevation and has little meaning other than joining a group. In others, such as my own, it's not the first elevation (with the first often being dedication), and denotes a highly trained Priest or Priestess. Whichever meaning the first Degree initiation holds for a specific Trad, it's the liturgical basics that are activated during the ritual of elevation that constitute the first portion of the Journey. It is The Call, and Answering the Call, creating an Identity for the individual. "I am Wiccan." The call of the Gods is heard, recognized, and answered. The Identity is established, and the Journey is begun. It is a shame that I can't discuss oathbound material here, for there are very distinct metaphors in the liturgies that apply to the Call, the recognition of the Quest of the Hero or Heroine, and the undertaking of the Journey, as in the classical hero's stories. 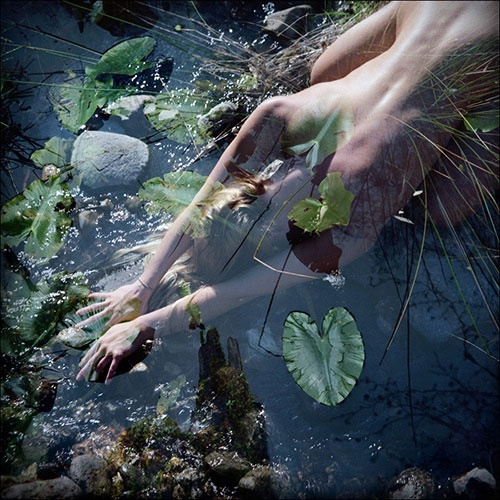 At second Degree, the person is often called a "High Priest" or "High Priestess." Regardless of whether this is true in a specific Tradition, the second Degree is about encountering a personal "underworld," to address the personal Shadow Self. At once, the person is required to focus on serving the community as Priest or Priestess and also to do this intensely personal, often disturbing work. In the classical Hero's Journey, the Hero goes into an "underworld" in order to complete a portion of the Quest. The very life of the Hero is endangered, as he encounters supernatural threats to his very identity and concept of the world as he knows it. This is the "coming of age" of the spiritual identity of the seeker. The emphasis is on the difficult test of whether the person can serve publicly while feeling torn apart on the inside, in order to rebuild him or herself into the mature aspect of High Priest or High Priestess. A difficult and harrowing time this is, to say the least. 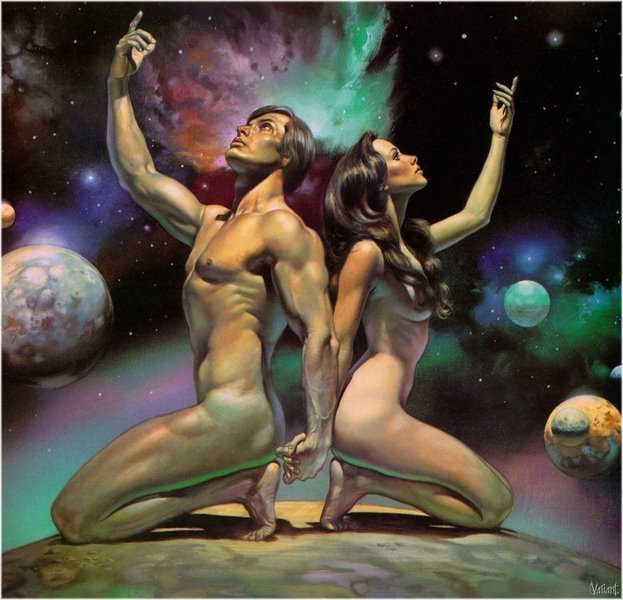 At third Degree, the High Priestess or High Priest experiences the Hieros Gamos or Great Rite. This represents the culmination of all, the fruition and the Secret of Life and Death. Whether this is done symbolically or "in actual," the meaning is the same. This represents the End of the Quest, the successful completion of the Hero's Journey, when the individual has surmounted the challenges of the Quest and has saved the Beloved, whomever that may be in the story.

The Hero is mature, reborn, and empowered in his or her own authentic self. Work that can be done by people who are at this level or who wish to revisit this elevation's energy and meaning includes: 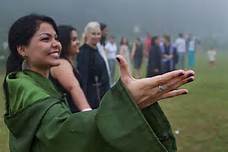 There are innumerable ways that the Wiccan Degree system can be explored so as to relate to the concept of the Hero's Journey as a formal way of seeking spiritual growth and fruition. This set of activities can be endlessly personalized and practiced over and over again. Themes can be used to create a path for the Initiate to constantly keep fresh the Wiccan path to the Gods and to spiritual awakening. By using this system as a way to engage and saturate oneself with a personalized experience, we can revive various aspects of self in an ever more authentic and mature manner, allowing us to use our Wiccan path to mindfully recreate ourselves in a celebration of the Cycle of Life. As we become our own personal "Heroes," we can stay ever new and newly engaged in the gifts that life and all its wonders can offer us.

I'm not unfriendly, I just don't understand what your comments have to do with my blog post.

Not understanding exactly what you're saying.  The three degrees of Wicca are very specific.  Other Pagan paths are legit, but this article is about the very specific Traditional 3 degrees.  Comments should probably be related to the article.

Glad you're doing magickal cooking...always great to be a kitchen witch. Not remotely in the same realm as the subject of the article, but great nonetheless. May you also have a merry Yule.