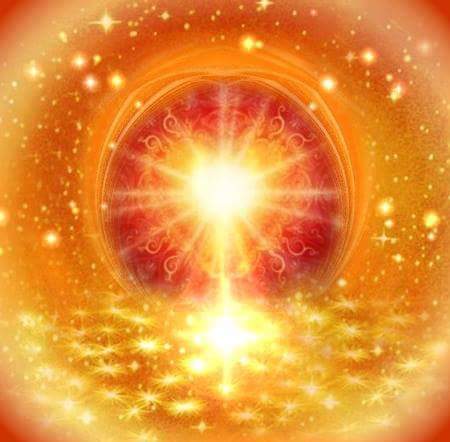 Hi everyone. I'd like to ask for your prayers and healing energy. Even though I've had asthma all my life, Ive lived a relatively healthy life. But Thursday night I wound up in the emergency room with severe shortness of breath and wheezing brought on by a regular cold virus (not…
Continue Get a Microsoft 365 Subscription now, thank me later ;)

You can order my services for cheap on my Fiverr :)
My Spooky Fiverr Shop

Today I did some stuff you wonderful people!

First I got to work on LinkedIn checking out my options. Then I wrote some essay stuff for a contest at a lab (which I'm gonna totally win).

I had some food, a nap, and then got back to work.

Composted (oh the stench, many flies and maggots, very good for the soil).

Dressed up my old doll yesterday, she is electric and still works after 30+ years, can you imagine?

Now she has a blue french dress, a…

An old security footage tape appeared on the internet as crimewaves across English-speaking nations continue.

The Stars of Winter

This week we gaze at the clear cold night sky as we honor The Stars of Winter. We'll look up to find The Winter Triangle. Stars that are part of the Winter Triangle teach us that their forces can aid in the service to those of us who are spiritually attuned.

And we take it a step further as we honor two special "stars" of Winter; the Norse Goddess Skadi, and the Norse God, Ullr.

Now, did you know that Scandinavia may have been named after the Goddess Skadi.…

All Along the Watchtowers

This week we Welcome The Guardians of the Watchtowers.

But where does all that mumbo jumbo come from? Some say Gerald Gardner, which is correct to a point. Others say that Witches have been doing that on their own and in…

This week here on The Spiral Dance, we continue our celebration of Autumn as we look at some of the season's important associations.

Water is one of the elements in ancient Greek philosophy, and in Occult circles it's associated with the Western Quarter of the Circle, and with the season of Autumn. So we'll look at how and why Water got associated with the Autumn as we tie in some of their similar Magickal Properties.

Then we'll take a walk into an Autumn Garden with Ellen…

Father’s day is celebrated on different days throughout the world.
Origin in the U.S.:
On June 19, 1910, a Father's Day celebration was held at the YMCA in Spokane,
Washington by Sonora Smart Dodd. Her father, the civil war veteran William
Jackson Smart, was a single parent who raised his six children there. She was also
a member of Old Centenary Presbyterian Church (now Knox Presbyterian
Church), where she first proposed the idea. After hearing a…

Deism as an encompassing thought and philosophy had a major influence over those we in American call our Founding Fathers. Thus the shape of our Constitution is very much a product of Deism.

But what's the connection between Deism and Paganism? Well, in the Eighteenth Century many Deists spoke of a Creator God, or The God of Nature. They connected to the Devine through Rational Thought Processes, and by connecting with Nature.

The Hermetic Order of the Golden Dawn

This week we talk about The Hermetic Order of the Golden Dawn.

The Hermetic Order of the Golden Dawn was formally establihed on March 1, 1888. It's had a tremendous influence on Western Occult thought over the past century. Indeed, it's easy to say that without the Golden Dawn, Wicca - and therefore the whole Pagan revival - might never have seen the light of day.

The Urban Myth is the subject of this week's show.

Why do we tell eachother such stories? They're always so extreme and fantastic that, really, the rational mind knows they can't be true. But not only do we tell them anyway; we, in fact listen to them as well. Maybe these fantastic set of circumstances just might be real afterall!

The Urban myth has alot in common with traditional myths and folklore, in the way they satisfy a need for storytelling. It may be…

Valentine's Day will be here on the 14th. Let's pass a couple love notes!

Some people believe that the Ancient Roman holiday of the Lupercalia was the forerunner to Valentine's Day. That's not actually true, but there are some associations so we'll take a look at what the Lupcalia was all about.

Then we'll talk a bit about the Christian St. Valentine - or ValentineS, plural. There was actually more than one Valentine - but were they all…

They say that February was made the shortest month because everybody wants it to be OVER WITH from the start!

February is one of the most primordial months. It's all about extremes. And, like the sabbat Imbolc, it's just as much about Fire as it is about Ice.

Fire and Ice are the Primordial elements that, in the Norse Tradition that formed to create our world. So this is a good time to think a bit about the Nordic Tradition; just what is and what it…

A Celebration for Imbolc

Welcome to our celebration of Imbolc.

We're at the midpoint between the Winter Solstice and the Spring Equinox. Perfectly natural to want to jump up and down and start acting like Spring is Here! Folly, pure folly! Watch out if the weather is fine on Imbolc - you might find yourself shoveling the driveway on Eostara!

But before that, let's take some time to honor the Goddess Brigid, the Triple Goddess of Poetry, Healing and…

Are you among the Shiny Happy People? Or does the thought make you fear that you could be labled a fuzzy bunny Wiccan? Perhaps you are genuinely happy with your Dark Magicks!

Happiness is amorphous. It's hard to define, and sometimes it's hard to know if we really have it. But when we DO have happiness in our lives it truly is a Shiny thing.

So this week we're going to look at just what is meant by "happines", and we'll look at it from different perspectives -…

All Along the Watchtowers

This week we Welcome The Guardians of the Watchtowers.

But where does all that mumbo jumbo come from? Some say Gerald Gardner, which is correct to a point. Others say that Witches have been doing that on their…

This week here on The Spiral Dance, we're talking about the Philosopher's Stone.

Just what IS the Philosopher's Stone? Where does it come from? Is it even a Stone?

This question has been bothering people for generations. Some people just give up and say it's just a lot of poetic rhetoric. Others say, "No, look! I've done it! I've got it right here!"